THE MIDWEST’S BIGGEST GATHERING OF CHRISTIANS SEEKING CULTURAL TRANSFORMATION IN THE FAMILY, CHURCH, GOVERNMENT AND MORE.

National leaders, inspiring teaching — the Family Leadership Summit is YOUR chance to be among like-minded friends, to be encouraged, inspired, and equipped to seek first the kingdom of God and His righteousness in America today. Be a part of cultural transformation!

Registration not yet open

An estimated crowd of over 1200 people, including local and national TV crews and reporters, were on hand for an event billed as “The Midwest’s largest gathering of Christians seeking cultural transformation in the family, Church, government, and more.” 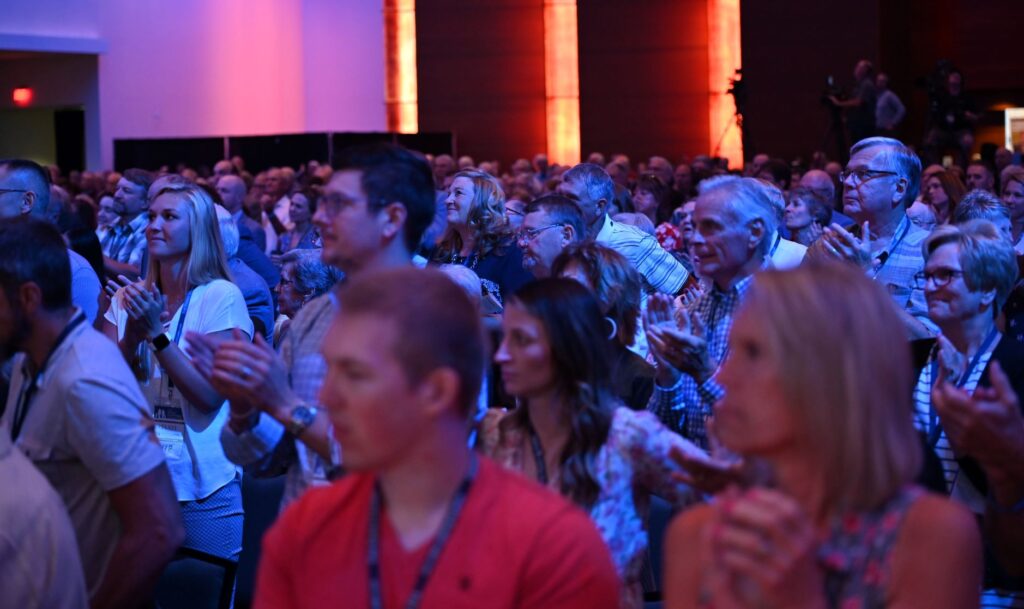 “Though the national news tends to focus on the political leaders who attend, the FAMiLY Leadership Summit is about so much more than politics,” explains Bob Vander Plaats, president and CEO of The FAMiLY Leader, which hosts the annual event. “We invite leaders from the spheres of government, faith, entertainment, and more to speak to our discerning Christian audience about leading meaningful impact in our nation.

“The result is something truly unique,” Vander Plaats continued. “Our Christian audiences always leave so encouraged, so inspired, because the Summit honors attendees with something more than stump speeches and politics as usual. The Summit is about thinking bigger, looking higher, and expecting more – and this year’s Summit, by God’s grace, delivered again!”

Several of the speakers issued a call for healing in America, but not necessarily a political one. What’s needed most, they emphasized, is a revival of the Church and its voice in our culture.

“Political strife is just a symptom of a deeper crisis,” proclaimed Youssef. “Our most urgent crisis is the moral and spiritual hollowing out of society from within. All other social ills follow from the decline of biblical Christianity in America.”

“You and I must begin to engage people in a deep, trusting relationship, covered with diligent prayer,” encouraged Tackett. “That is the only way to reach the scoffer and the skeptic.”

Education was also a hot topic, and the recent efforts to prevent political and racist indoctrination in our public schools – often lumped together with the term “critical race theory” – was mentioned by Reynolds, Pompeo, and Pence. Noem further suggested candidates for office should be urged to sign the “1776 Pledge,” which affirms a patriotic view of American exceptionalism.

“You all see the garbage they’re trying to teach in our schools today, a suggestion that our nation is inherently and systemically racist,” Pompeo said. “[But] this is a nation that has borne the costs of fighting for equality like no other. You should be proud of it.”

“Critical Race Theory is state-sanctioned racism, and it should be opposed by every American every day,” Pence echoed. “America is not a racist country. America is the most just and noble country ever to exist on the face of the earth.” 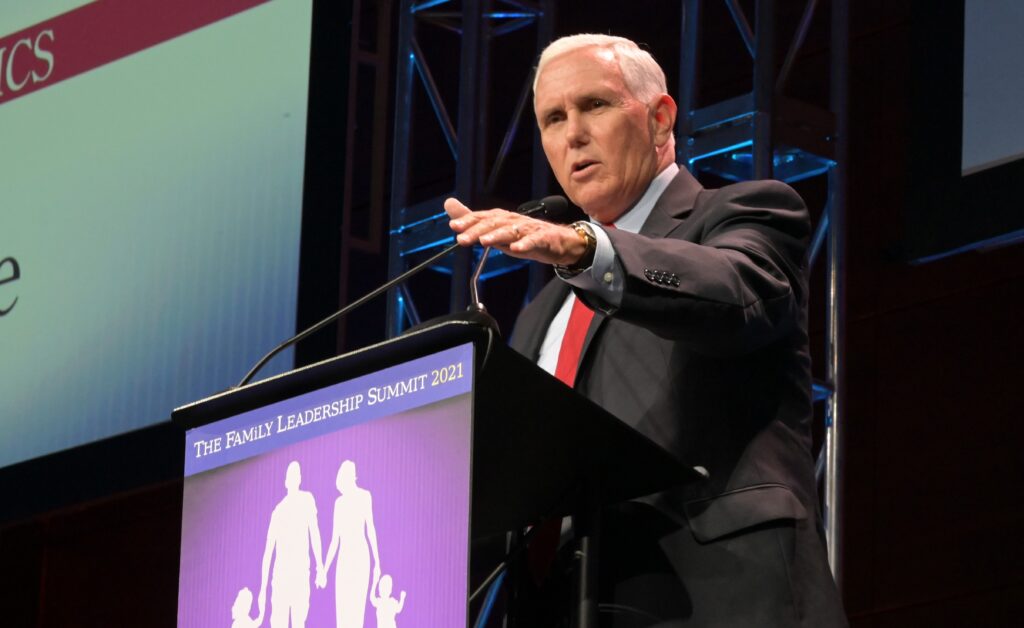 Another consistent theme, from Pastor Monte Knudsen’s opening devotion through speakers from both faith and government circles, was our culture’s need for truth.

“In a cultural boat drifting away from truth, we don’t need a paddle,” Knudsen said, “we need a Holy Ghost engine.”

In a memorable moment, Gov. Noem led the Summit in singing, “The Battle Hymn of the Republic,” ending with the line, “His Truth is marching on.” 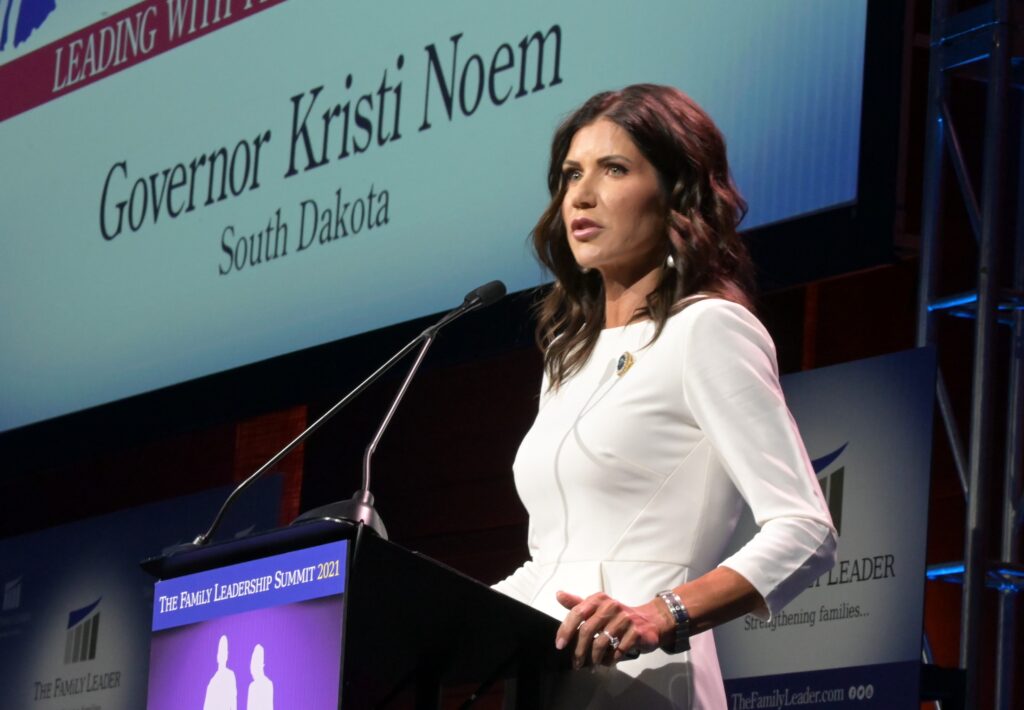 The day’s events also placed a spotlight on the ministry of The FAMiLY Leader. Chuck Hurley, TFL’s vice president, chief counsel, and chief lobbyist, extolled what he summarized as “the best legislative session perhaps in Iowa’s history.”

One of the day’s highlights was welcoming and honoring over 25 Iowa legislators who helped pass Iowa’s Protect Life Amendment, increased parental choice in education, donor privacy protections, and more.

Greg Baker, TFL’s executive vice president, also had the opportunity to honor the over 200 pastors in attendance and update the Summit on the work of TFL’s Church Ambassador Network.

“We want to bring another Kingdom to the Capitol, a Kingdom that brings peace, where there is no poverty or addictions or COVID – we want to be an ambassador for THAT place,” Baker said. “We want to proclaim the King of Kings to all kings of the world.”

The FAMiLY Leader also shared an update on efforts to export its unique and successful model of inspiring the Church to engage government for the advance of God’s kingdom – known as The Daniel Impact – to sister state organizations around the country. Now being implemented in 12 states, The Daniel Impact is having a profound impact and generating fantastic testimonies of God’s hand at work across the U.S.

Inviting to the stage representatives from Ohio, Minnesota, Wisconsin, New Hampshire, Maine, Indiana, Pennsylvania, Florida, Arizona, Kansas, and Texas, Vander Plaats declared to the Summit’s applause, “What we do at The FAMiLY Leader is being done in these states all across the country!” 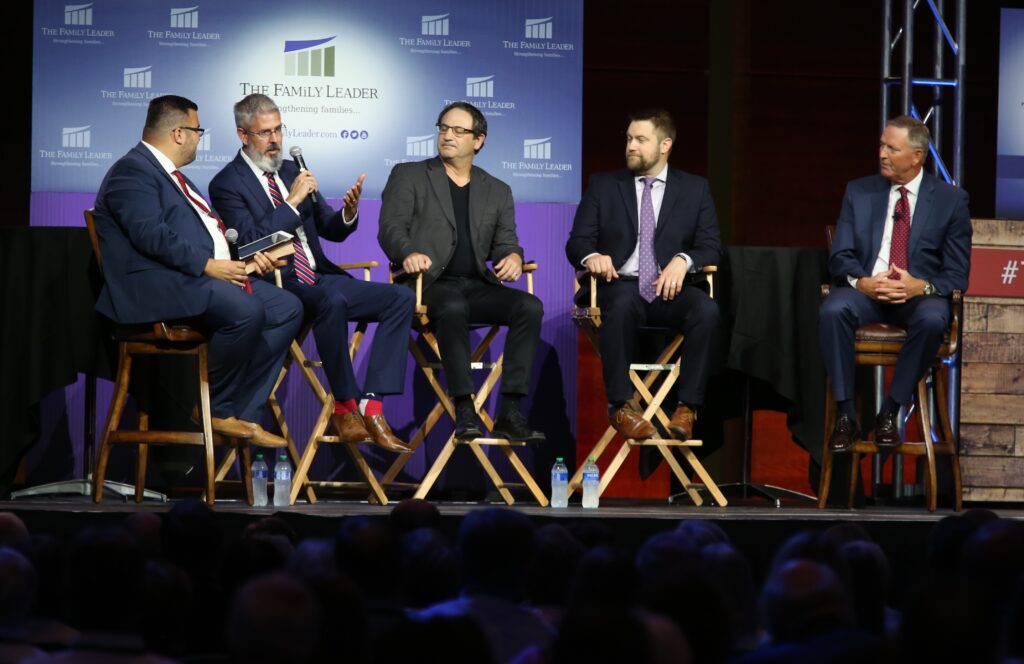 In a panel discussion with The Daniel Impact leaders Carroll Conley of Maine, Bryan English of Texas, and Jonathan Keller of California, TFL’s Greg Baker affirmed, “The Word of God is being sown in State Capitols, and wherever it is sown, it will bear fruit.”

English agreed: “We encourage our pastors to bring their paper Bibles with them when they visit the Capitol. On one such visit, one of our pastors noticed a legislator was moved, and he asked, ‘Do you own a copy of Bible?’ The legislator didn’t, not even in Texas. The Pastor said, ‘Would you accept mine?’ That gesture opened up follow-up visits, and all because they made a connection.”