The following opinion column from Bob Vander Plaats first appeared in the Feb. 15, 2022, edition of Cedar Rapids’ The Gazette 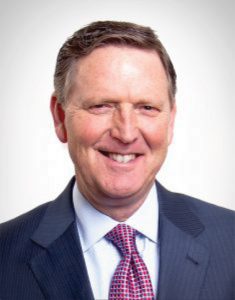 Before I became a public figure, I served as a teacher, basketball coach and principal in Iowa’s public schools. I saw firsthand the benefits of participating in sports, both for boys and for girls. Which is why it pains me to see girls’ opportunities being taken away by political correctness.

University of Pennsylvania swimmer Lia Thomas is only the latest example of a male athlete to identify as female, switch to competing against girls, and then suddenly shatter women’s sporting records, driving girls to the sidelines of their own sports.

Similarly, track athlete CeCe Telfer of New Hampshire was ranked 443rd in the nation while competing against men, but won the national championship in 2019 when running against women, bumping the fastest born female in the country to No. 2. In Connecticut, two genetic males who identified as female not only blew away high school girls on the track, but also captured 15 women’s state titles, set 17 meet records, and took away over 80 opportunities to advance in competitions from their genetically female competitors over three years.

Iowa Gov. Kim Reynolds and our legislative leaders should be commended for working to see this doesn’t happen to Iowa’s female athletes.

In our state in particular, many women have built and earned a proud tradition of Iowans supporting girls’ sports. Women have fought long and hard for equal athletic opportunities. And our high school girls and college women deserve to compete on a level playing field.

But allowing genetically male athletes to compete in women’s sports puts our girls at an undeniable physical disadvantage. This isn’t political, but simply biological. Regardless of what gender an athlete identifies as, science affirms that athletes born male are generally bigger, taller, faster, stronger, and more explosive than females. They grow larger hearts and lungs, denser bones, and stronger muscles. Studies show male athletes perform 10-50 percent better than comparably fit and trained female athletes, depending on the sport. And a review of 24 transgender studies revealed not even three years of testosterone suppression could undo all those advantages.

Of course, the studies only confirm what is already obvious: Males’ beliefs about their gender don’t erase their physical advantages over female athletes.

Right here in Iowa, for example, Carlisle High School’s Ainsley Erzen became the fastest Iowa high school girl to ever run the 800 meter dash — a national champion. But as she pointed out in a Des Moines Register column of her own, when comparing her record-setting race to the boys, her time was trounced by 85 high school boys at the 2021 Iowa State track meet alone.

Erzen now plans to attend college on a track scholarship. But had any of those 85 high school boys chosen to identify as female … Erzen would have come in second, and the scholarship could have been awarded to her competitor instead.

That’s not how Iowa should be treating the fastest female in our state’s history. She earned that title; she earned that scholarship; and she’s the evidence that girls’ sports must now be protected in Iowa, before any of our daughters get sent to the sidelines for not being born a boy.

Bob Vander Plaats is president and CEO of The FAMiLY Leader.

Take a stand for girls’ sports in Iowa by clicking here now!