On Oct. 5, the Iowa Legislature will reconvene in special session to work on redrawing the district lines for Iowa elections … and to save lives across three states.

Iowa State Sen. Mark Lofgren (R-Muscatine) is taking the opportunity of the special session to ask his Capitol colleagues to join the “Love Like Louden” campaign, which encourages blood donations to LifeServe, the sole blood provider to over 120 hospitals in Iowa, Nebraska, and South Dakota.

Lofgren began the “Love Like Louden” campaign in memory of his 2-year-old grandson, Louden, who passed away earlier this year, after severe blood loss and needing several transfusions. The initial blood donation drive included a 5K run and other events in Muscatine on Sept. 18.

But now, Lofgren is inviting the leaders reconvening from across the state to Des Moines to join the blood drive while they’re in town – and the idea is catching on across the Capitol community, uniting staff, lobbyists, and legislators from both parties in the life-saving work. And it’s especially important now, since blood supplies are critically low. 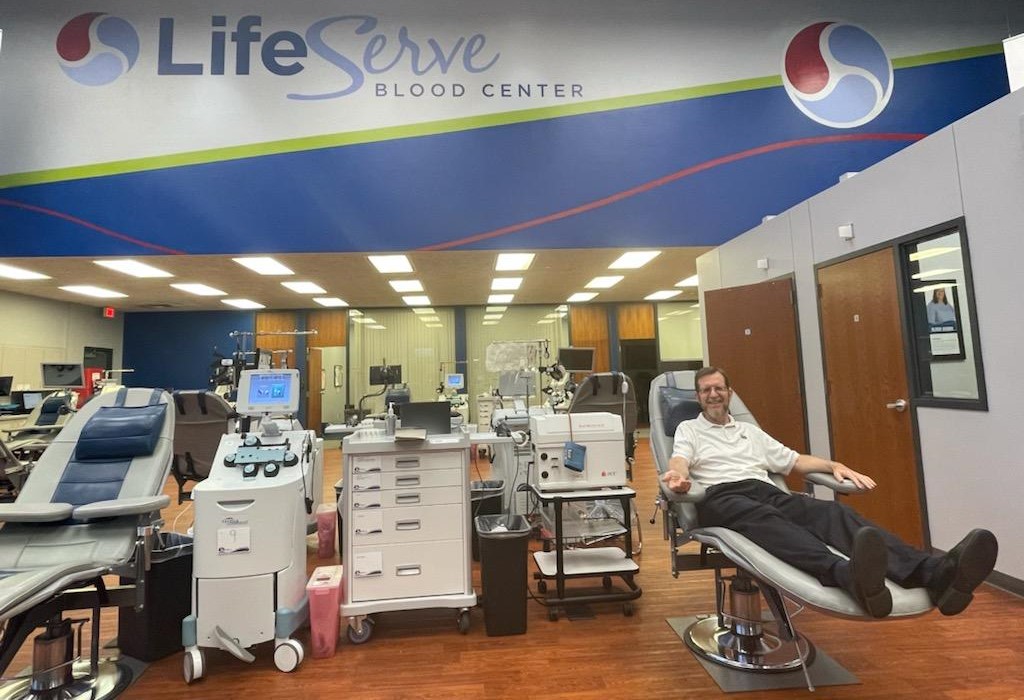 “Life is precious,” says Sen. Tim Kraayenbrink (R-Fort Dodge), who signed up to donate after he learned of Lofgren’s blood drive, “and if lives can be saved by the simple act of giving blood, then let’s give. Let’s bring something good out of this tragedy. Republican, Democrat, doesn’t matter – I encourage all Iowans to be there for our neighbors in need.”

“This is something we can do that truly does make an immediate and critical impact – you can literally save a life,” says Sen. Nate Boulton (D-Des Moines), who jumped at the chance to join the blood drive. “It’s a small-time commitment, but an important calling we have to make what may be a life-or-death difference. LifeServe … counts over 150,000 lives that were saved or sustained in 2020 alone. It’s an incredible service that can only happen if we, as individuals, volunteer to do our part.”

Iowa Gov. Kim Reynolds also joined the “Love Like Louden” campaign, posting to Facebook, “This afternoon I donated blood in memory of Sen. Lofgren’s grandson, Louden, who passed away at the age of 2 after significant blood loss during a surgery. Blood donations are at critically low levels right now across the state. You can do your part right now to help save lives by rolling up your sleeve.”

But it’s not just the Capitol community who can give. The FAMiLY Leader encourages all our friends and constituents to join the effort!

To find out how you can participate, visit LifeServeBloodCenter.org today!

LifeServe operates a blood donation center near Walnut Creek Church in downtown Des Moines, as well as nine other locations across Iowa.

In addition, LifeServe will have personnel at the Capitol during the special session, to sign up people to give blood at the time and donation center of their convenience.