An estimated crowd of over 1,800 people were on hand for an event billed as “The Midwest’s largest gathering of Christians seeking cultural transformation in the family, Church, government, and more.” 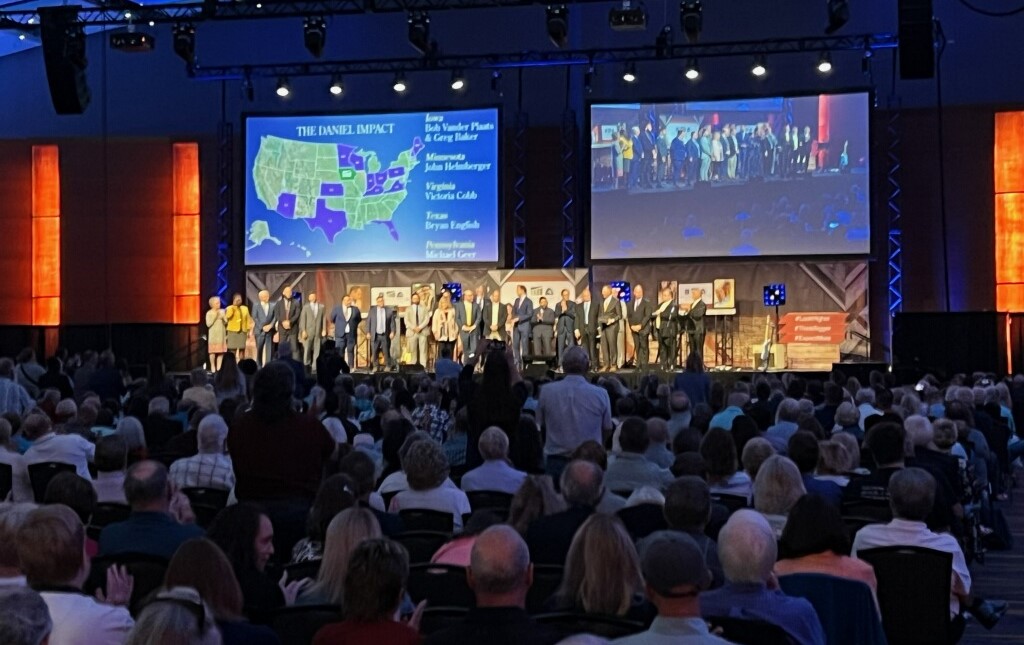 “Though the national news tends to focus on the political leaders who attend, the FAMiLY Leadership Summit is about so much more than politics,” explains Bob Vander Plaats, president and CEO of The FAMiLY Leader, which hosts the annual event. “We invite leaders from the spheres of government, faith, business, entertainment, and more to speak to our discerning Christian audience about leading meaningful impact in our nation.

“The result is something truly unique,” Vander Plaats continued. “Our Christian audiences always leave so encouraged, so inspired, because the Summit honors attendees with something more than stump speeches and politics as usual. The Summit is about looking higher, thinking bigger, and expecting more – and this year’s Summit, by God’s grace, delivered again!” 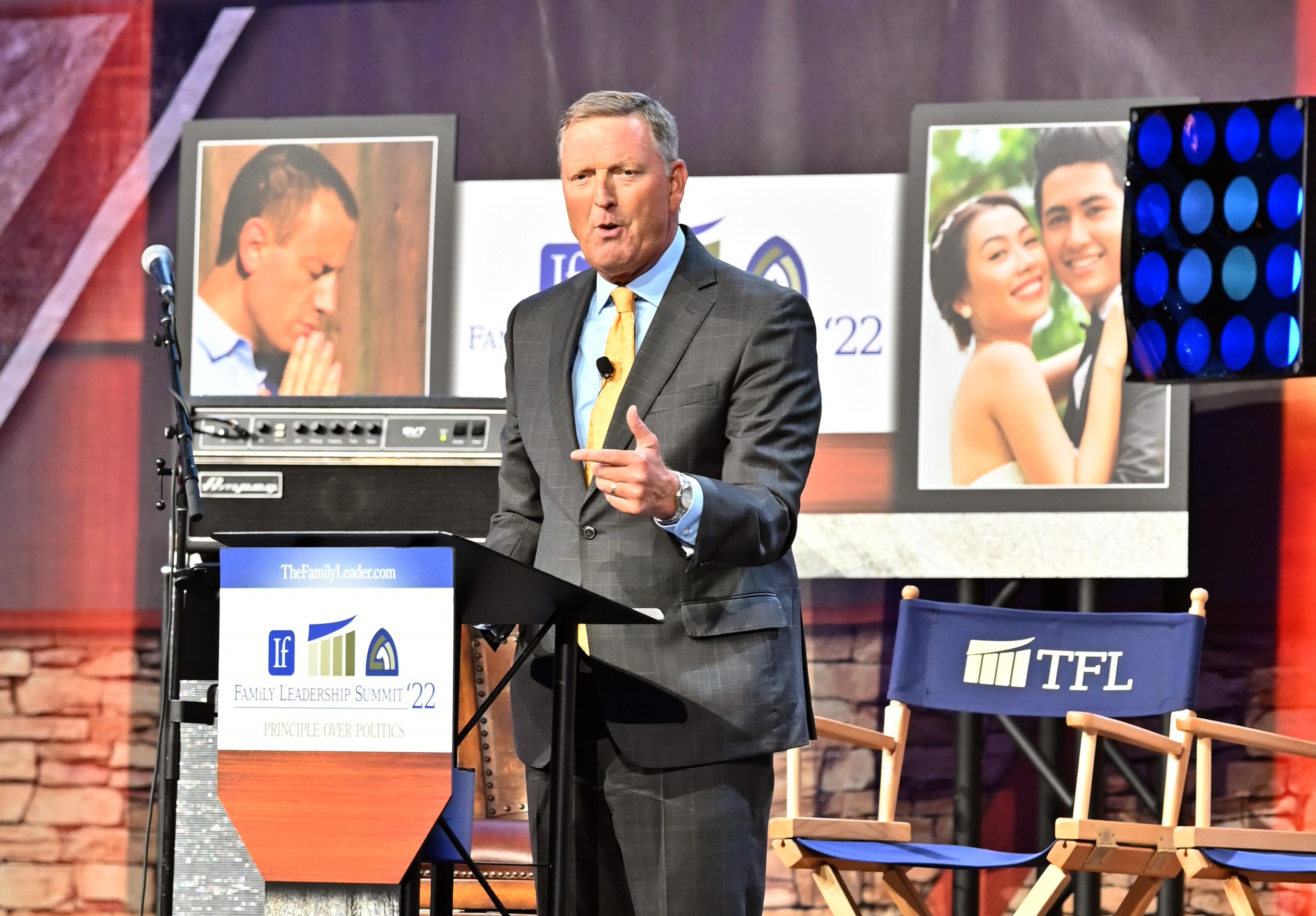 The morning’s speakers inspired the crowd with a message of the impact Christians can and need to make on the world around them.

“Move everybody, every day, closer to Jesus,” challenged businessman and car-car legend Barry Meguiar in an interview with Vander Plaats that bubbled over with joy.

“Jesus said, ‘They will know you are My disciples by your love,’” Meguiar said. “When you stop trying to get them saved and just love on people, it’s amazing how fast they open up.” 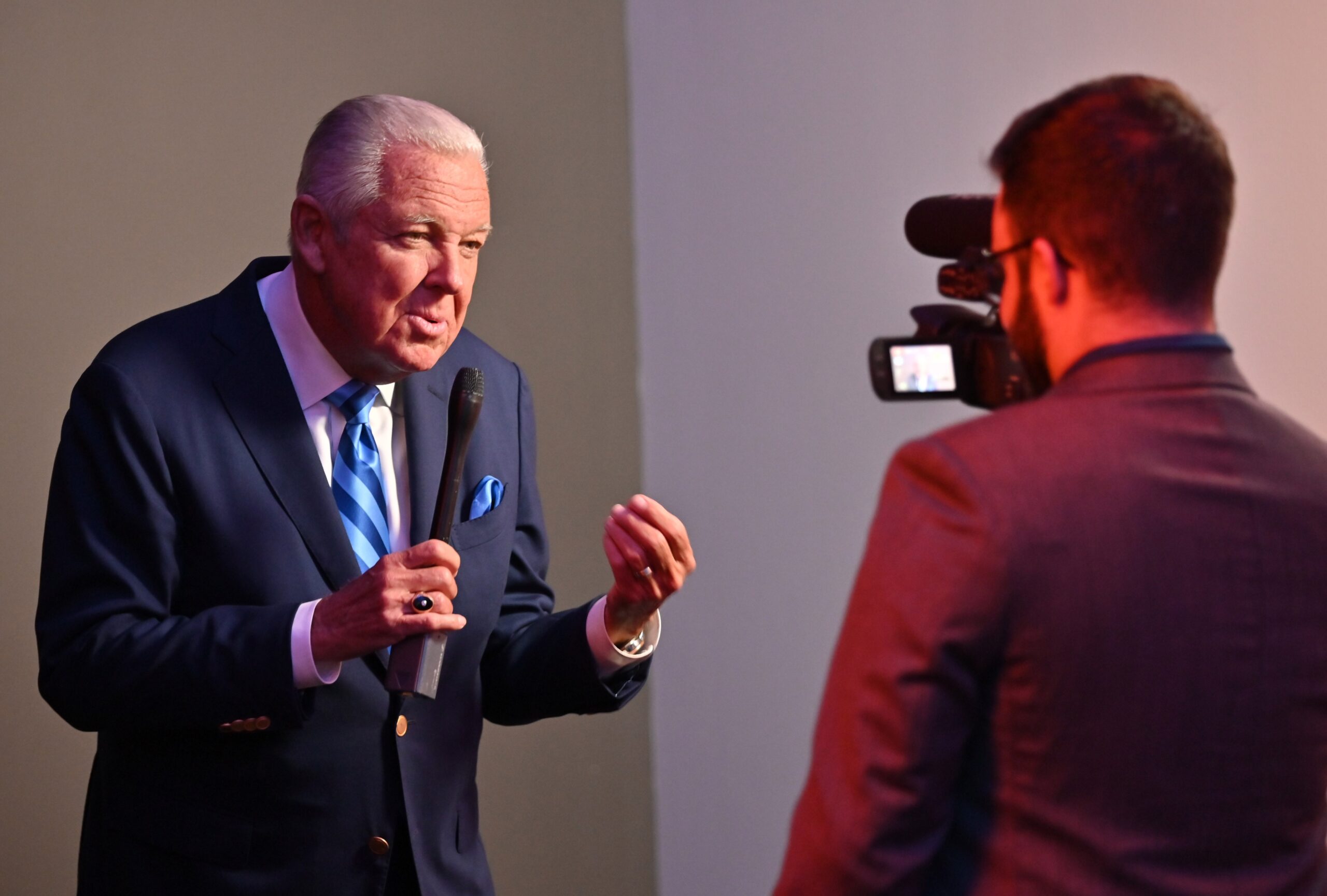 Dr. Bill Lile, knows as “The Pro-Life Doc,” ignited the crowd with a passionate speech about … science?

Indeed, Lile presented stirring testimony of the wonders modern medicine can perform and evidence of the miracle of life, reinforcing his proclamation that “a patient is a person, no matter how small.”

Dr. Evans, as expected, was a highlight of the day, demonstrating why Baylor University named him “One of the 12 most effective preachers of the English-speaking world.”

Citing 2 Chronicles 15:4-6, Evans declared that if God “troubled [Israel] with every kind of distress,” then we shouldn’t be surprised to see a troubled America today. But if God is afflicting a disobedient people, Evans argued, the solution is more spiritual than political. 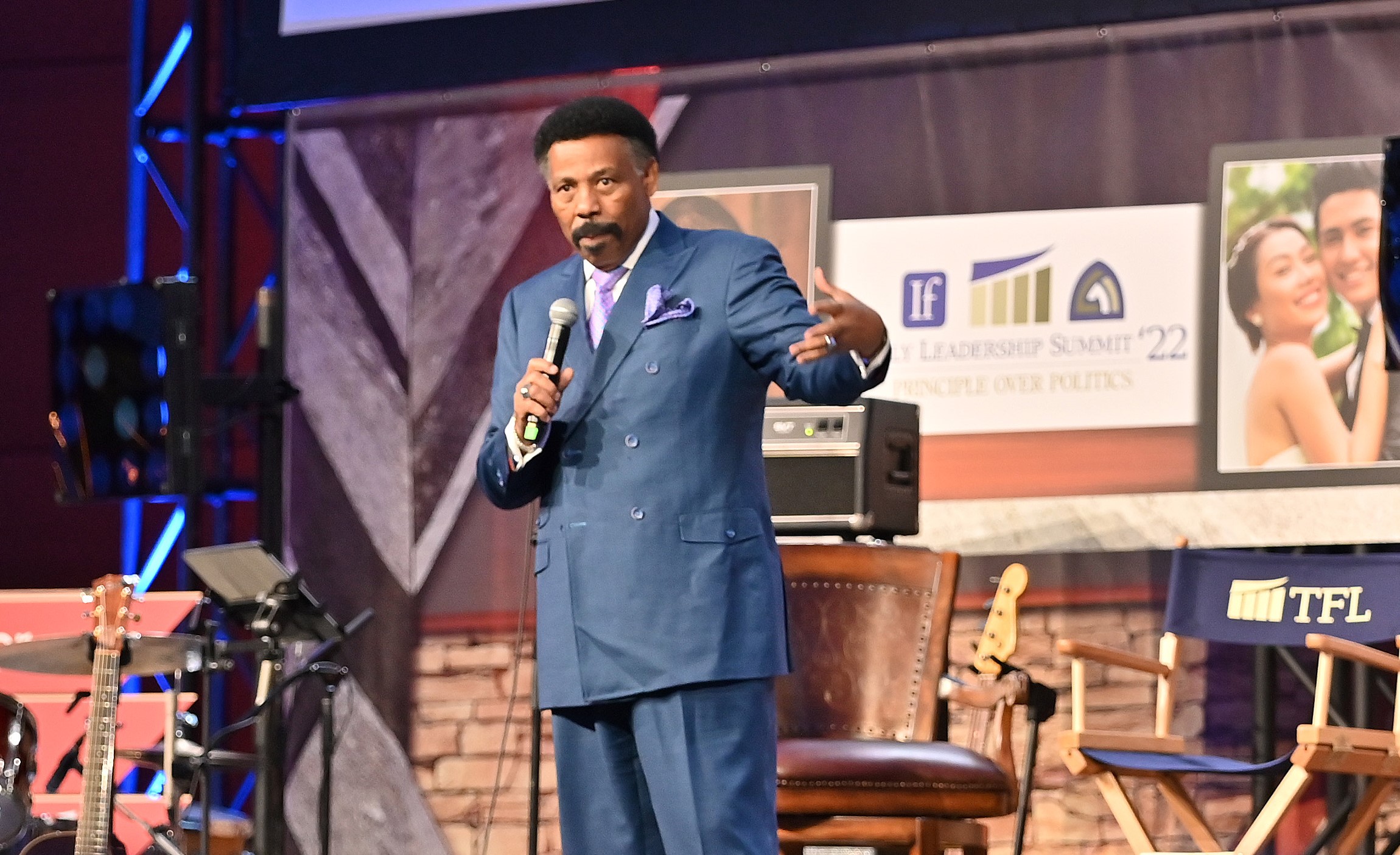 Said Reynolds of The FAMiLY Leader and its supporters, “This group stands as a powerful testament to what God can accomplish through His people.”

Tucker Carlson further challenged the crowd to take seriously their role in discerning candidates in the upcoming election of 2024, noting that without an heir apparent for the nomination in either political party, voters are in a unique position to flex their political muscles and demand candidates that better represent them.

To that end, he urged Christian conservatives in particular to demand candidates 1. “Who talk about the things that actually matter”; 2. Who care about noble ideas that bear beautiful fruit; and 3. Who don’t care about critical voices at the New York Times and the mainstream media. 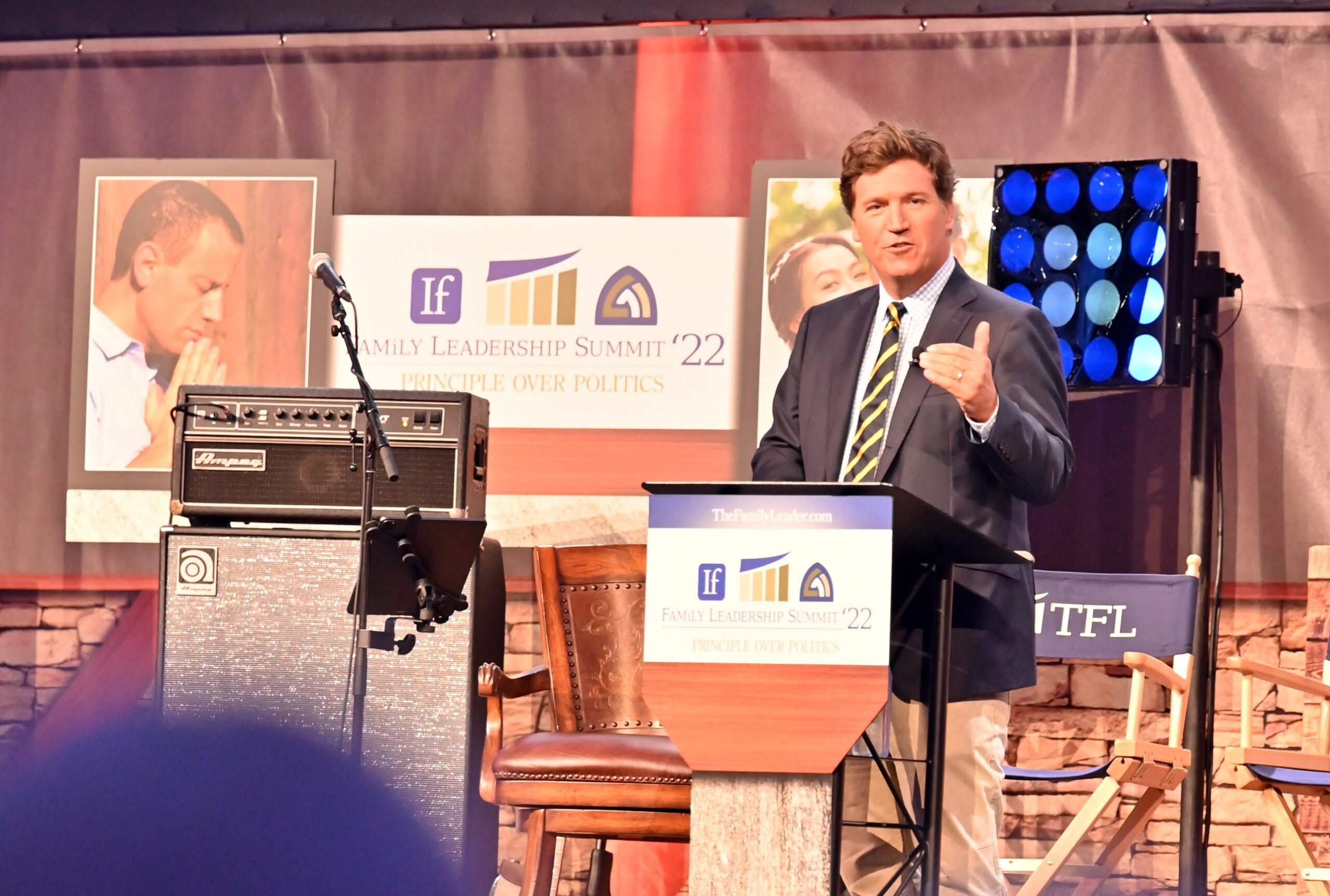 As the day concluded, but before Carlson took the stage, Vander Plaats summed up the spirit of the day’s event, which focused on encouraging Christians to engage with government for the advance of God’s Kingdom.

“When you leave today, I want you to leave with hope, because there’s real hope on the horizon,” Vander Plaats said. “Jesus had it right when he said, ‘Upon this rock I will build my Church and the gates of hell will not prevail against it.’”