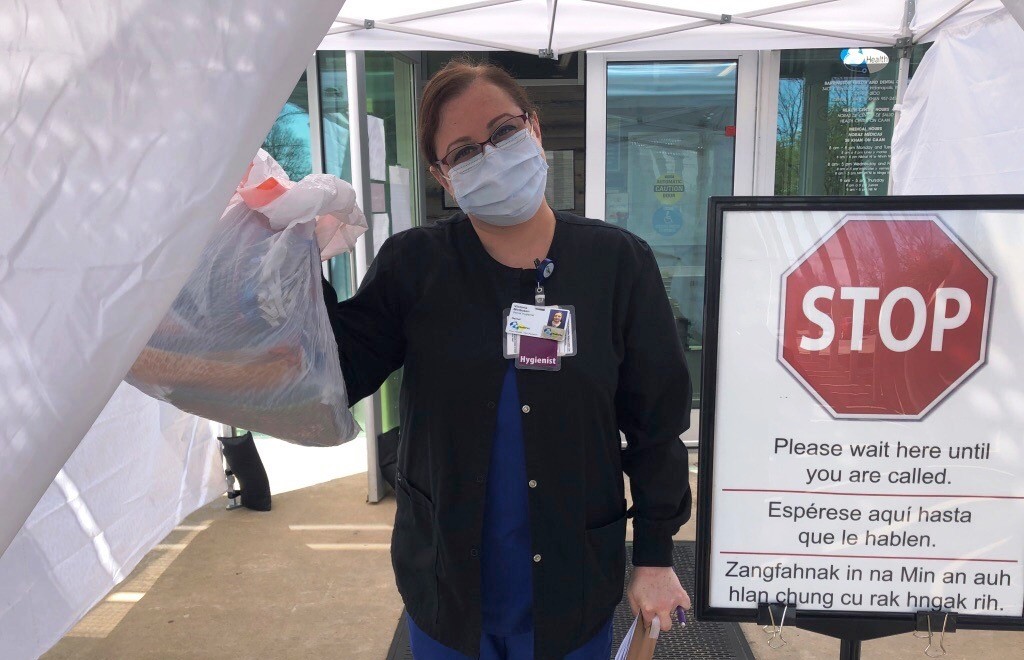 Overburdened government agencies in several states found an unexpected partner in formulating their COVID-19 response, thanks in part to a unique model of church-government cooperation that began only a few years ago in Iowa.

In 2017, Iowa’s The FAMiLY Leader launched “The Daniel Initiative,” or TDI, which partners with Christian organizations in other states to create independent, statewide, church networks. These “Church Ambassador Networks,” in turn, work to build personal relationships with and minister to local government officials. Today, the Daniel Initiative is in more than 10 states, from New Hampshire to Texas.

These networks have already blessed many government officials and churches, but when COVID hit, the networks became an unexpected and crucial part of several states’ response to the virus crisis.

“We just got thrown into COVID crisis mode,” muses Kurt Weaver of the Pennsylvania Family Institute. “Who knew the Church Ambassador Network would be connecting the Church with elected officials for just such a time as this?”

In Pennsylvania, Ohio, Minnesota, Indiana, Iowa, and more, TDI-linked Christian policy organizations suddenly found themselves a conduit between churches looking for COVID guidelines for the thousands of people in their congregations and state governments needing to spread guidelines to thousands of people quickly. In some states, government agencies also discovered that the thousands of ready volunteers in the churches could become part of providing tangible assistance to communities in need.

“The Church might be the largest untapped volunteer base in Minnesota,” explains Jeff Evans, the Church Ambassador Network director for the Minnesota Family Council.

Evans is the only faith leader serving on the Minnesota Food Insecurity Task Force. Evans was invited to join the task force by the Democrat state administration because he offers something CEOs and government officials lack: connection with Christian churches across the entire state.

These connections continue to grow and deepen as Jeff hosts video calls between pastors and legislators around the state, including phone calls with non-Christian legislators.

After offering to pray for a legislator last week, Evans recalls, “She got real quiet and said, ‘No one’s ever asked to pray for me before.’”

Evans has hosted over 30 such video calls with hundreds of pastors since the pandemic started.

Minnesota is not the only place where engagement with the Church has provided unexpected entrée. The Pennsylvania Family Institute, or PFI, organized three calls with Pennsylvania Secretary of Health Dr. Rachel Levine, a key figure in an administration generally hostile to PFI’s policy goals.

“We overwhelmed their conference call system,” laughs Weaver. “We had to do two calls back-to-back.”

Their first call with Sec. Levine had over 1300 pastors participate, and their most recent had around 850.

“The Lord is using it, I think, to bring the Church together and to grow the Church Ambassador Network,” Weaver said.

The Daniel Initiative in Indiana turned one year old this February, but Josh Hershberger of the Indiana Family Institute describes tremendous growth.

Hershberger connected churches with others to organize blood drives, childcare for emergency workers, and to support clinics in low-income communities.

“A lot of churches want to help, but aren’t sure what to do,” he said. “We wanted to connect them with frontline ministries and organizations, and I’ve really been grateful for how churches have responded, really being the hands and feet of Jesus.”

Citizens for Community Values in Ohio, or CCV, was the first organization to partner with The FAMiLY Leader in The Daniel Initiative.

“We had a great opportunity to pivot to support God’s Church,” explains Ruth McNeil, the church network director for CCV. “It was very timely, having the Church Ambassador Network already established.”

McNeil also describes organizing the Joseph Council with Christian ministry leaders from around the state. The Joseph Council meets weekly to discuss how churches can serve and to promote best practices. Recently, they created recommendations for churches to safely reopen.

Additionally, McNeil is partnering with Ohio Pray to host the “Holy of Hour of Prayer” on Facebook Live every Friday. She says this hour averages 1200 people, many hosting Facebook Watch parties.

Especially during a pandemic, McNeil notes, “The Church has to continue to pray, fast, and serve.”

The Daniel Initiative seems providentially prepared to serve the Church and our country in this difficult season. A public health and economic disaster like COVID-19 is a special opportunity for the Christian Church to share the love of Christ with her neighbor – and supported by The Daniel Initiative, churches across the country have risen to the challenge.

“We’ve made huge headway,” summarizes Minnesota’s Jeff Evans, “and that bodes well for the future.”