On the Nov. 15 episode of his syndicated radio program Family Talk, Dr. James Dobson featured a speech given by President and CEO of The FAMiLY Leader Bob Vander Plaats.

Titled “Faith Before Politics,” Vander Plaats’ speech was originally delivered earlier this year at a gathering of national faith and conservative leaders – but rather than trumpeting the usual refrain of “the next election,” Vander Plaats challenged the audience to “think bigger, look higher, and expect more” than politics as usual:

“I believe this country hungers and thirsts for a spiritual revival and nothing else will do,” Vander Plaats said. “But here’s some of my concern. We as a people, we as believers, we’re so focused on Washington, D.C. Like that is our hope. Like if D.C. goes wrong, there’s no more hope. Well, ladies and gentlemen, let me tell you something: D.C. is a mess and it’s been a mess for a long time. And our hope was never intended to be in Washington, D.C.”

Instead, Vander Plaats, explains, our nation’s true hope lies much more locally – in God’s designed institution for cultural transformation, the Church of Jesus Christ. Not a Church political, but a Church biblical, and a Church authentically engaged to be the prophetic voice to our communities, to our governments, and to our culture.

Vander Plaats further explains that this hope is no mere idea, but rather a culture-changing model that has already been implemented in Iowa and spread to 11 other states (thus far) through an effort called The Daniel Impact.

In the speech below, Vander Plaats reveals why he believes The Daniel Impact is the fruition of “[Dr. Dobson’s] vision of over 30 years ago that God has divinely anointed for such a time as this to bring revival to this country.”

Listen to Vander Plaats “Faith Before Politics” on Dr. James Dobson’s Family Talk by clicking the image below: 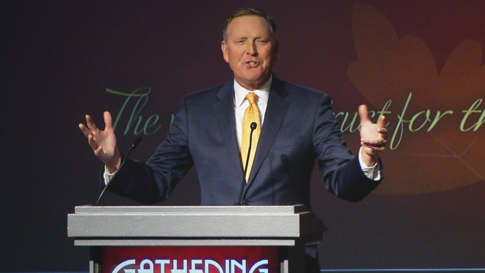